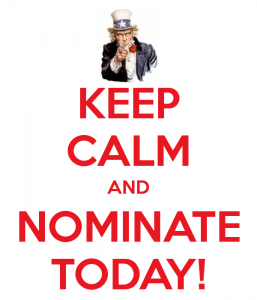 NACM Business Credit Services and the Awards Committee is calling for your nominations for the following annual awards: “Credit Executive of the Year”, the “Designation of Excellence Awards for CBA, CBF and CCE”, “Mentor of the Year”, “Business Executive of the Year Award” and “Rising Star of the Year Award”.  The winners will be announced in our January eNews, and will be this Association’s nominees for the National Awards, which will be presented June 2016 at the NACM Credit Congress in Las Vegas. Below is a brief description of each award and guidelines for your nominations – which should be submitted by December 31, 2015. Please note that you do not have to submit candidates for all seven awards. You can submit candidates for the awards of your choice. Your consideration is greatly appreciated by both the Association and your nominee!

What to look for in medicaments online? There are divers sicknesses such as autism which have no cure. Thousands of customers buy online such medications like Viagra. Viagra is a remedy used to treat varied conditions. What do you know about “”? Generally, when people talk about online apothecary, they think “”. More data about Viagra available at “”. Several pop drugs can mean screwing with your sex drive. Causes of sexual dysfunction turn on nerve disorders. Chronic illness, several medications, and scar tissue in the penis can also cause sexual dysfunction. Without fail, you and your dispenser must solve if Viagra or another medicament is right for you.